The grandfatherly man smiled at Kate from the cart in front of us at the grocery store.

Kate did what she usually does (if she’s had a nap) and flirted back. Her toothy smile took over her cheeks and her almond eyes turned into half-moon slivers bright enough to light up the night sky.

Kate’s 17-month-old little sister snuggled into her arm in the bed of the cart and Kate wrapped her chubby little hands around her shoulders.

It was a picture-worthy moment — an image as adorable as the cuddly kittens in baskets and chunky babies in cornucopias that we see on calendars in shopping malls.

On the car ride home, her favorite song came on the toddler station of Pandora radio. She squealed with glee and threw her hands up in the air like a college kid at an outdoor concert. She danced and did the hand motions all the way home — and at the end of the song, she gave a generous applause with enthusiastic hand-clapping. She’s famous for her generous applause. She’s famous for her enthusiasm in general.

Well, of course not.

What I was afraid of was the what-if’s and could-be’s. The statistics and stereotypes. The dismal tone in the doctor’s voice when he delivered the news: “There’s no good way to say this, so I’ll just say it: your daughter has Down syndrome.”

The fear and tears in the eyes of those around me.

I was afraid of the “increased risks” of XYZ — the unsure future — the tests that needed to be run.

But I can’t help but think there’s something more to it.

Because here’s the thing: the number one reason I was so afraid of Down syndrome when Kate was born is because I had never been exposed to it.

I had never seen a family who thrived with a child with Down syndrome. I had never heard the stories of the blessings and the gratitude — the grocery store flirting and the backseat car dancing. And perhaps if I had — then the other stuff? Sure, it would still be scary. But devastating? I’m not so sure.

I’m in my 4th pregnancy now and this one has been especially interesting. I am in a new city — with a new doctor. A wonderful doctor, by all accounts. She knows little about our family — but she does know my pregnancy history, including the fact that my second-born has Down syndrome. But often, I leave my appointments and say to myself, “No wonder people are so afraid of Down syndrome.”

Prenatal tests are pushed with urgency as preventative measures like Tdap vaccines and flu shots. I was asked four visits in a row if I was “sure” I didn’t want prenatal testing: after all, I could be having a baby who has Down syndrome.

Now I’m not villainizing the tests themselves — many parents do want to avoid a delivery-day surprise of a Down syndrome diagnosis — but it’s bigger than a blood test. It’s the tone. The urgency. The context of conversation. It’s the whisper in language with what could — God forbid — be a positive test result. It’s what lies in the literature that’s handed out on the first day and in the nurses’ voices when they found out I have a “history” of having a child with Down syndrome.

And it’s the difference between doctors delivering the news as a multifaceted diagnosis rather than a death sentence.

Now I’m not naive, I don’t expect doctors and new parents to feel like they’ve won the lottery (as I often do now). Anytime there are risk factors for your child’s health, there is cause for concern.

But I do feel like the technology for detecting Down syndrome is far more advanced than our understanding of what it means to have Down syndrome — or raise a child with Down syndrome. And for the sake of objective reporting and compassionate care, we should all strive to understand the bigger picture.

Why are we so afraid of Down syndrome?

Because we’re often only told a small part of what is truly a big, beautiful love story. 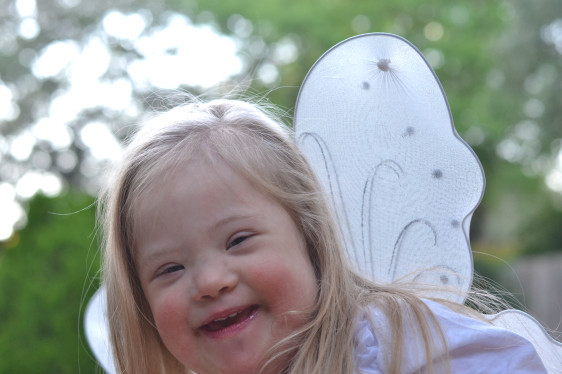