I used to wonder why

The dirt just comes back, I thought.

Isn’t that sort of Sisyphean? A task, rather,

that can’t ever be completed.

But slowly, as life swept me up like a dustball in the corner of a hot summer porch,

I found myself at dusk one spring

the dirt balls of a 6-year-old thinking that

this here was nothing short of paradise.

Now that seems an exaggeration, I am sure, but truly

but more about the task itself?

This tidying of a driveway at dusk,

the breathing in of the evening air,

the meditative hush of the

the chore became nothing less than an act of love.

for the simple fact

that I have been given a porch to sweep

in front of a house that holds

The dirt comes back

And so do the dirty diapers

Another lullaby to sing

Another dishwasher to unload

Another dryer to fill

Another goodnight prayer to say

And just when I think

I find myself wondering

Well, what else would I do anyway?

Nothing, I’m sure, that would be all that fulfilling.

And maybe it seems a bit overdone: really, a poem about sweeping?

But, of course, it’s not about the sweeping at all.

And that’s what those old ladies in house shoes

know better than anyone. 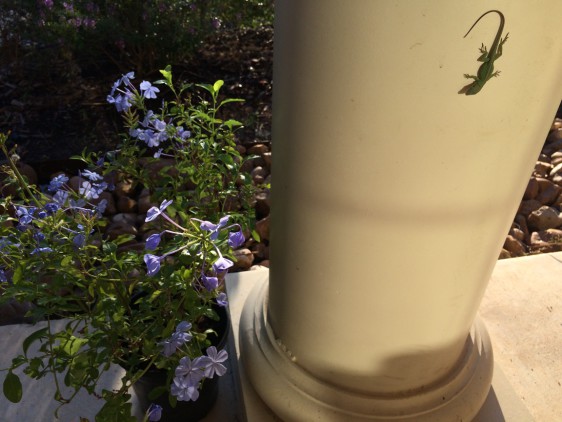